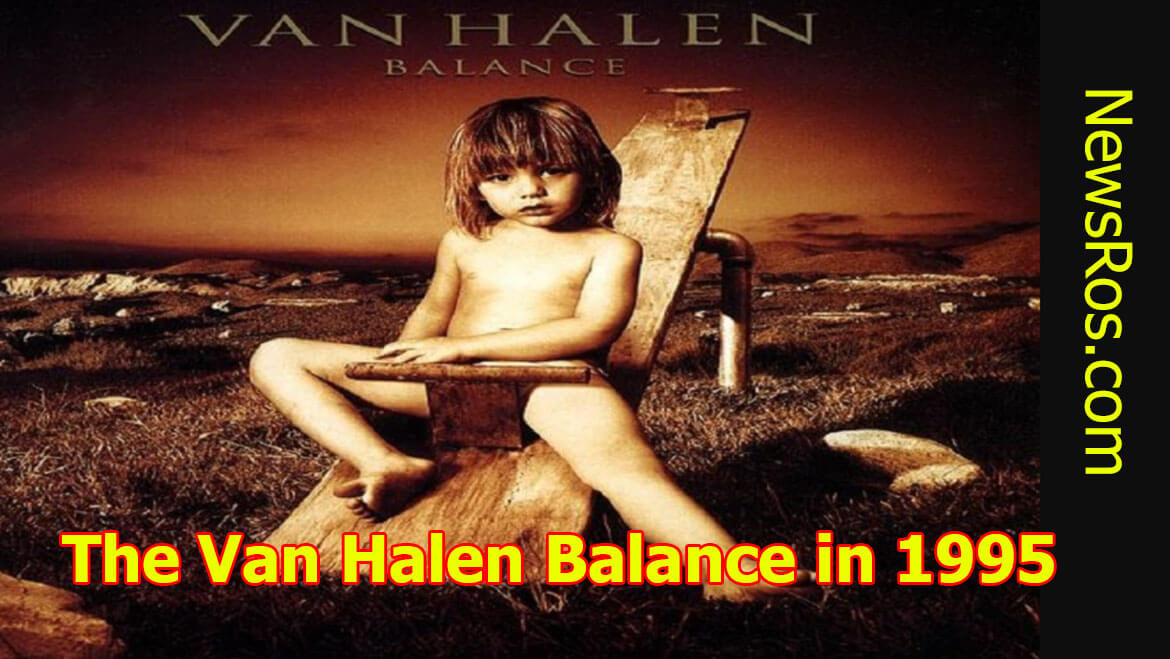 The Day Of Van Halen Balance Songs – Backstory of 1995

The song of Balance Records on January 24, 1995. Van Halen balance eleventh studio album. It was released by Warner Bros & certified Triple Platinum on 2004

For the first time in the band’s four studio albums, Sammy Hagar takes the lead vocals. Balance debuted at number one on the Billboard 200 in February 1995 and was certified Triple Platinum on May 12, 2004, after selling more than three million copies in the US.

“The Seventh Seal” was nominated for a Grammy for Best Hard Rock Performance.

The album’s first tune, “The Seventh Seal,” contains otherworldly overtones, due to Eddie’s newfound sobriety. After twenty years of smoking cigarettes and drinking beer, he attempted to write songs sober, and he wrote three songs in a half-hour period.

With “Can’t Stop Lovin’ You,” a song written from the perspective of his ex-wife, who feels she is still in love with him, the album changes to Sammy’s realm. Eddie Hagar had previously utilized a riff in Van Halen’s “Take Me Back (Déjà Vu)” on a song called “No More Waiting,” which the band had performed on occasion prior to the creation of Van Halen.

He was searching for work that dealt with “the human soul’s duality.” The photographer ultimately developed a scheme in which Van Halen would be the young model.

The Seventh Seal was the album’s original title, which included a picture of conjoined twins on a see-saw. Glen Wexler came up with a few more concepts, one of which involved an androgynous four-year-old.

They finally landed on Balance, which Alex explained was inspired by the turmoil and upheavals around Van Halen, including the recent loss of long-time manager Ed Leffler.

The Vitruvian Man painting by Leonardo da Vinci appears on the inside of the compact disc, while an egg propped upright on a guitar is on the back of the booklet.

It’s understandable that Van Halen didn’t like their record label’s first concept for their debut album.

In an interview with ‘Guitar World,’ Eddie Van Halen remarked, “You should see the first album cover Warner Bros. made for us.” The narrator continues, “They attempted to make us seem like the Clash.”

The futuristic logo was used on a limited-edition promotional EP before being discarded.

According to Alex Van Halen, the album’s cover was designed to be disturbing. The image of the conjoined twins on the teeter-totter was created by Photoshopping two photographs of the same youngster together. “It’s a kind of duality. What you do to another person has a nasty habit of coming back to bite you “he declared.